In honor of the first brew day since starting the blog, I’ll post the pictures of the labels that we have created for our recent brews.  First off, the brewery logo:

We are big horror movie and Halloween fans, so we had to come up with something along those line to represent us in our brews.

And, of course, the first label shows none of this.  I just couldn’t pass up the joke included in the label:

We call it our Drago Brew.  It’s a STRONG brew, very tasty.

We’ve started a pretty aggressive schedule lately by brewing a batch on bottling day.  So we brew, ferment for two weeks and then bottle/brew and repeat.  On this bottling day we brewed an English Pub Ale.  We named it Queen of the Damned.

Since the brewery consists of three people (Me, my brother-in-law, and my father) kegging is out of the question.  We bottle so that we can split the brews three ways.  My father decided to brew a Cream Ale because it’s one that my mother likes. 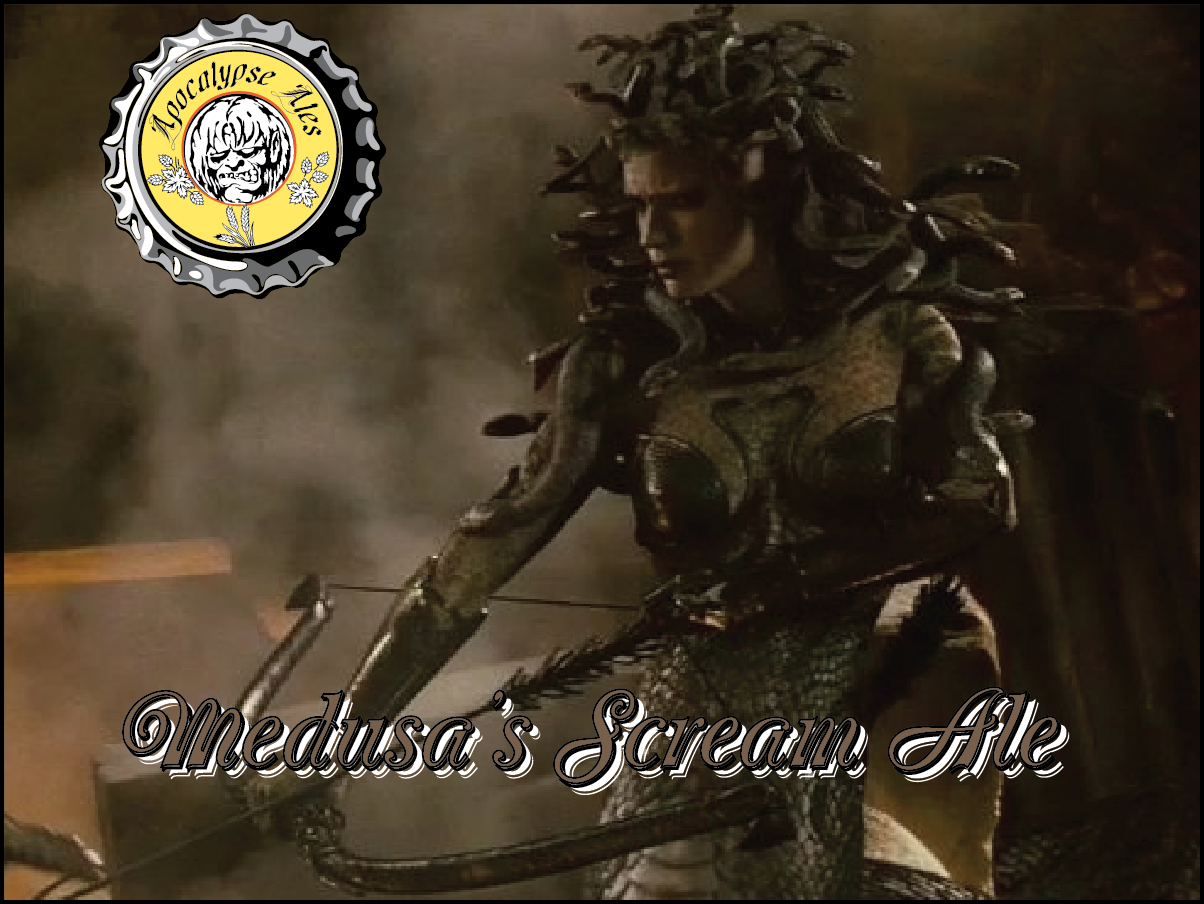 It was on this brew that we tested out the Immersion Chiller.  The chiller cut the cool down time so much, we decided to brew another on that day.  We simply love IPAs and Black IPAs have a richness of taste that cannot be ignored.  I give you Vetala:

Vetala is a creature of lore in India.  I was also able to write Vetala in Hindi to the left of our logo.

Today, we will bottle both of these brews.  While we do, we will be brewing what will probably be our last extract kit.  This is a Rye Stout that we were fortunate enough to sample while we were looking for ingredients.  That sample led to the purchase.

Shellycoat is the name of a Scottish Boogeyman.  It’s pretty cool to be able to research different “dark” legends from around the world when trying to name our beers.